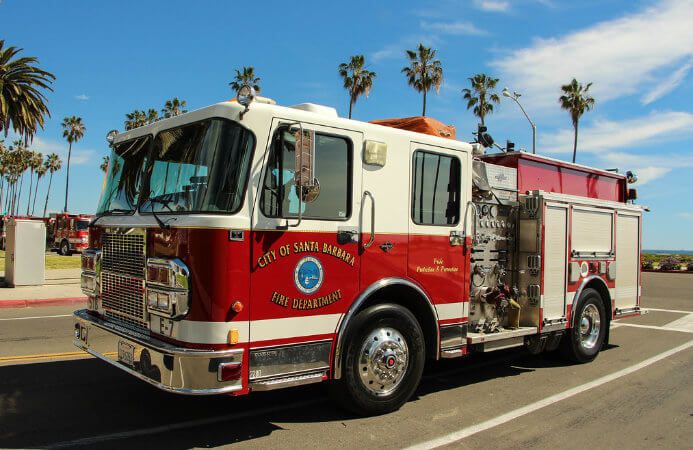 Santa Barbara began as a quiet pueblo with little need for organized fire protection during its early development. The town consisted primarily of adobe buildings, which are naturally fire resistant, but the building materials changed with the arrival of the “Yankee” trader and the introduction of wooden structures.

In January 1874, some of the town’s leading citizens organized “Pioneer Company #1.” J.W. Rich was named foreman of this original volunteer firefighting effort, but this newly formed unit possessed scarce equipment. Firemen had little more than willing hands with which to fight their fires.

Tragedy struck in March 1874 when St. Vincent’s Orphanage burned to the ground, causing sufficient public outcry to persuade City Council to purchase a hand-pumper and hose carriage for the city. These pieces of equipment were delivered to Santa Barbara via ship “around the horn” to a landing at the base of State Street in October 1874.

The new hand-pumper was originally housed in a cabinet shop at 1218 State Street, and then later moved to a new fire station at De La Guerra Plaza. This new station had both police and fire facilities on the ground floor, with City Hall located upstairs. Pioneer Company flourished for a few years, but eventually disbanded because of inactivity and lack of interest. Once again, Santa Barbara was without organized fire protection.

This group of volunteers had support from the citizens, and the City Council provided funding to purchase an American La France Steam Pumper. However, transporting the pumper was an issue. Fortunately for the firefighters, civic-minded horse owners would rush to the station and volunteer their team to help. The first to arrive would be given the honor of pulling the pumper. Otherwise, the firemen had to pull the pumper themselves. 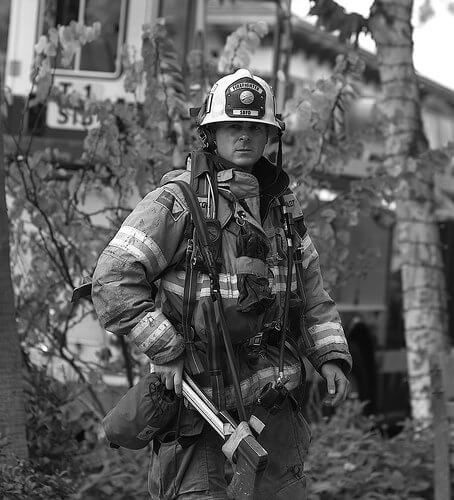 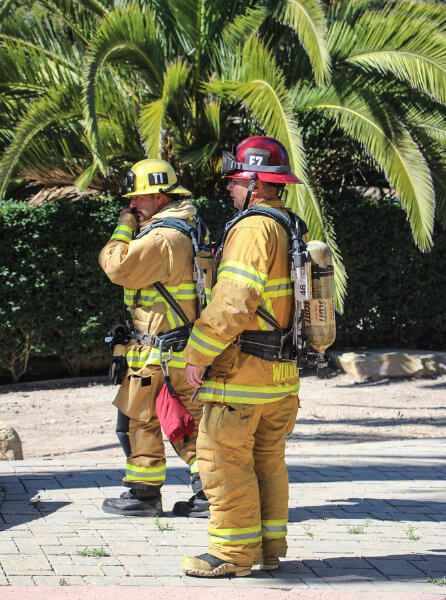 It was not until 1888 that the Sycamore Canyon to Ortega Hill fire convinced the City Council to purchase a team of horses to pull the pumper. With the commitment of these volunteers, and the continued financial support of the City Council, this second attempt to organize firefighters was more successful. The force flourished and developed into the paid professional department that has endured to this day.

In 1906, “Washington Company #2” became the Santa Barbara City Fire Department with John K. Dugan as Fire Chief. The City acquired its first motorized fire truck in 1910, a Pope-Hartford hose wagon with a 40-gallon chemical tank and several small portable fire extinguishers. By 1918, the department had four pieces of motorized equipment. Santa Barbara continued to grow over the year and new fire stations were built.

The Santa Barbara City Fire Department protects a population of 90,000 residents within a 23 square mile area of Southern California coastline. Within this lush expanse of land and sea lurks the ever-present potential for chaparral wildfires, community disruption through earthquake, flood or wind damage, the danger of hazardous material spills, freeway disasters and other man-made disasters. With a commitment to public education, ongoing training and state-of-the art rescue and firefighting equipment, the skilled men and women of Santa Barbara’s firefighting force are well-prepared to meet the challenges of community preparedness for the 21st century.

Of special interest is the Department’s 1.7 acre Firescape Demonstration Garden, a fine example of native plantings and drought-tolerant, fire-resistant landscape and path design. Created to demonstrate the benefit of creating defensible space around your home, the garden is home to over 160 fire safe plant species. Free to the public, the garden has clearly marked trails and plant information. Visitors may view the demonstration garden daily at Station 7 - 2411 Stanwood Drive in Santa Barbara. 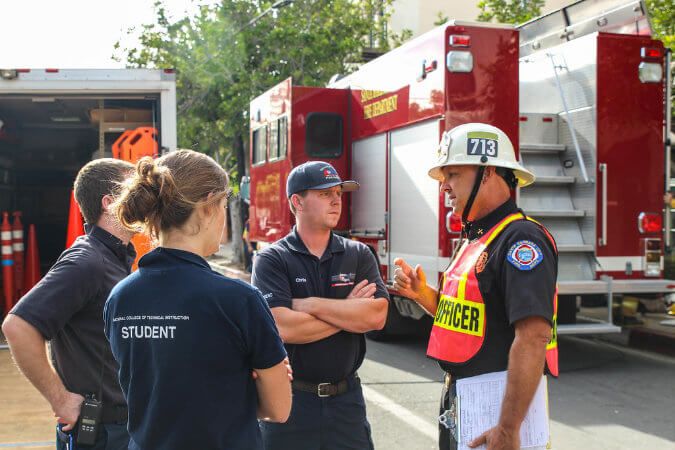 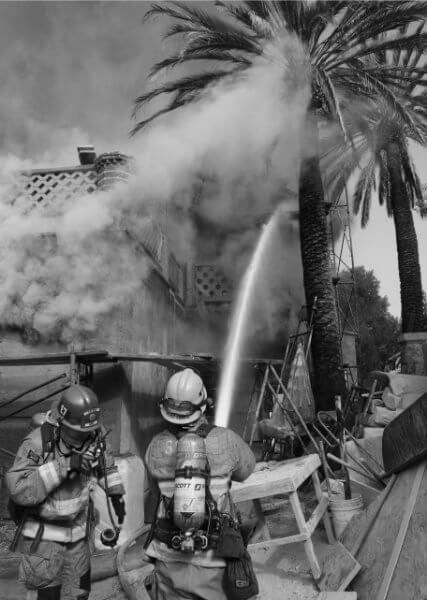